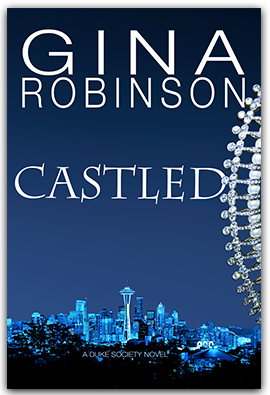 Grace and I have been best friends since we were two. But I've been in love with her since college.

On the brink of turning thirty, she's engaged and I'm not ready to let her go. Now that my fortunes are changing, I worry that I'm too late.

And I've lost her forever.

Noah Marston, dreams of being a millionaire before thirty—ground into oblivion.

So close. So close. Two fucking years of my life devoted to this startup. Eighty-hour workweeks. No personal life. For what? A few crappy hundred thousand dollars of stock in a giant corporation? That would only vest if I worked here for another five years while the corporation sucked my lifeblood from me? That stock would have been worth millions in an IPO. If our startup had gone public as planned.

The principals, our two founders, had just made their cheerful announcement at the all-hands meeting we'd all been anticipating for weeks—they'd screwed us all royally. Instead of announcing our IPO, as everyone expected, they'd made a backroom deal with a big corporation and sold the company out from under us. Sold us all out. Fucking fantastic deal for them. Douchebag newly minted billionaires.

The rest of us? All of the stock options those of us who'd slaved here since the early days had? Worth pennies compared to an IPO and independence.

I sat at my beat-up secondhand desk in the open bullpen, shell-shocked, staring vacantly out the window. Like just about every one of my coworkers. There were no words. No damn words.

An eerie hush settled over my entire floor like a death pall. Besides the hit to our financial dreams, we all knew what this meant. This wasn't my first startup. First the corporate guys would assure us that we'd be autonomous and nothing would change. They were just an umbrella shell for us. The founders would stay on. Then the pool and ping-pong tables would disappear overnight. The company would start charging for snacks. No more working lunches on the company. Big parent company's acronyms worked into the lexicon. And their big, slow-moving processes and schedules. Then we'd lose our individual decision-making power and ability to pivot quickly. Every manager and their dog would have to sign off on every decision, no matter how small.

Next, a name change. We'd no longer be a company. We'd be a division. A cog in a corporate wheel. The founders would move on. The bright people would leave. Managers from the parent company would replace our execs. And all hope would leave the building as a stake was driven right through the heart of the startup atmosphere. Those few hapless startup people left would become corporate drones. Maybe they never belonged in a fast-paced startup in the first place.

I needed a drink. Better enjoy drinking on the job while I could. Before corporate rules outlawed it.

I stared at my phone on my desk. Pick it up. Pick it up, you stupid douche. Pick it up and call your network. Scramble. Get a jump on the rest of these zombies.

I wouldn't listen to myself. Even though I knew I was right. I had to get on at the next big thing, the next startup that would make millionaires, even billionaires, out of the early employees. I had to hope like hell someone had an opening. That I could sell myself.

I didn't move. I hated to admit it, but I was despondent. I couldn't stop thinking—back to square one. Back to working my ass off for years in the hopes the next venture would take off. Hope by some miracle I was a millionaire before thirty-five.

I didn't want to end up like my stepdad—retired against his will at fifty-five from a big corporate job he'd given his life to. I had to make my money now. Set myself up in business. Working hard and then getting lucky in a startup or owning your own business were the only ways to get rich.

In a few minutes, the rush to leave would begin. As soon as the initial shock wore off, the phones would come out.

Tomorrow was my thirtieth birthday. The day I'd planned to be a millionaire. The day I'd worked my ass off for here for the last two years.

I thumped my head on my desk, not caring who saw. My life was in the toilet. I'd spent the last twelve years trying to get the woman I was in love with out of my system. She loved me—as her best friend. Platonically, but deeply. I was irreplaceable. Her one true shoulder to cry on. The guy who made her laugh. The guy she was least likely to sleep with.

In a week, she'd be thirty, too. In two weeks, she'd be married.

I was going to have to go to Grace's wedding, not as a millionaire, and suck it up and get drunk. Sleep with one of her bridesmaids. Something dramatic.

Where was a damn fairy godfather when you needed one?

As I lifted my head and reached for my phone, it rang. Reception was calling me. Just what I needed—a vendor stopping by. Bad timing. I picked up. "Noah Marston."

"Sorry to bother you, Noah." Our receptionist sounded as broken and downhearted as the rest of us. She was usually annoyingly perky. This was bad.

"There's a British gentleman here to see you. He says he's a lawyer representing your family?"

I sighed. What now? What did my old man want now? My signature so he could completely cut me out of his will? My affidavit that I would never sue the half brother I barely knew for my part of my dad's estate?

What the hell wasn't?

A prologue to a modern gothic, friends to lovers, duke and duchess romance.

CASTLED is a sexy, modern, romantic marriage of convenience story that blends the best of noble, billionaire, modern gothic, and contemporary romance. Get ready to fall hard for Noah, the new Duke of Hardison.

Pick up CASTLED and find out why readers love Gina Robinson's good guy heroes, the strong women they fall for, and their funny, witty, romantic stories. 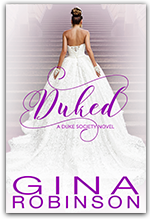 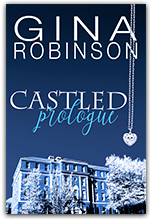 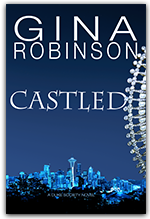 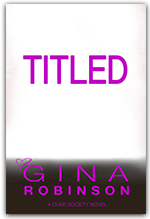